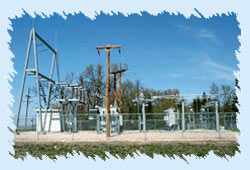 Shimla uses the same electricity and voltage as any other state in India. The current in Shimla is around 240 volts, alternating at around 50 cycles per second. In case the devices you carry will not work on 240 volts, you can carry a voltage converter. If you are not carrying one, you can easily get it in any electrical appliance shop in Shimla. In Shimla, electricity and voltage is supplied to the entire city and the state by a state government owned body.

The types of plugs used in Shimla or anywhere in India are also different from the ones used in the West. Here in Shimla, the plugs that are used are the round pin variety instead of the flat pin variety that is used in western countries. It is advisable that you carry a combination plug adapter that would be adaptable anywhere in Shimla and would be of use even in a place where flat pin is used. You can get one easily in any electrical appliance shop in Shimla.