Check out what clothes to wear and how to dress up in Shimla/Simla.
Shimla: Travel Tips: What to Wear in Shimla

What to Wear in Shimla 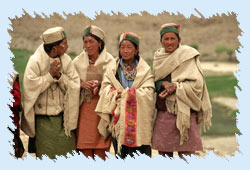 Always pack clothes according to the number of days you are going to spend and the season you are going in. If you are going in summers, pack light and airy clothes with a couple of warm clothes for the nights. Do not forget to carry a strong pair of shoes for walking and strolling on the mountains. If you are traveling to Shimla in winters, take woolens that include sweaters, jackets, caps and socks. In Shimla, winters can get pretty harsh and thick sweaters and jackets are a necessity. Also, carry your sunglasses and sunscreen, as you never know when the sun might shine brightly!